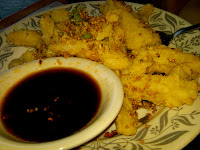 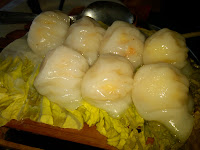 At our house one of the birthday traditions is that the honoree gets to choose dinner and their cake. I will devote this post to the dinner - the cake was a bit complicated and will require an additional post. This year (and last year, if I remember correctly) Griffin requested Chinese food on his birthday; specifically Emperor's Palace. All of those discussions about independent restaurants seem to be making an impact on our children and it is extremely gratifying to think we are doing something right, in terms of parenting. Hey - you take it when you can get it.

We've been fans of Emperor's Palace since their days on Lark Street and it is the place we go to for both birthday celebrations and pre-birth meals. Quick story to explain "pre-birth meals:" When I was in early labor for Quinn, Tom & I did a lot of walking - laps around Stuyvesant Plaza, Sears to Macy's at Colonie Center, etc. We crossed Wolf Road to grab a bite to eat at Emperor's Palace, (I think we may have had the stuffed eggplant for it's reputed labor inducing properties), and the waiter promised me that I would have my baby the next day, Chinese New Year. And I did. Ok, back to the birthday instead of the birth day....

We are definitely hooked on a couple of items at Emperor's. Their fried squid with salt and hot peppers (pictured above on left) is fantastic almost every time. Once in a great while it is chewy, but not last week - it was hot, crispy yet tender and salty. And the four of us devoured it in no time flat. I ordered the Har Kow (above on right) which are always good - flavorful, soft on the outside and filled with shrimp. I love these things and it took great restraint for me not to eat all of them myself, but I did manage to bring some home for the husband and they reheated in the microwave fairly well. We also had an order of pork dumplings, which we requested steamed but arrived fried instead. No biggie. These were primarily for the boys and they are years away from worrying about fat calories or cholesterol. And how could I send them back after the waiter told me I was "so very kind?"

Griffin requested Peking Duck aka as the one dish the entire family will eat. We've had this dish in four different (Montreal, NYC, D.C., Philadelphia) Chinatowns and Emperor's Palace does a nice job with it, although my absolute favorite was in Philadelphia where they actually made a quick soup from the duck and served it as an additional course. The steamed buns, scallions and thick hoisin sauce make for some tasty little sandwiches when they are paired with the crispy and moist duck meat. Quinn had his go to dish - sesame chicken and I rounded the feast out with an order of Chinese broccoli with garlic sauce.

One of the nicest things, for my family, about Emperor's Palace is the service. The two or three regular servers remember us, always remark on the how big the children are getting and graciously take care of us. We've had excellent food from CCK, and I'm willing to give Ala Shanghai another shot, but Emperor's Palace is the place where we always feel like royalty. D'oh!
Posted by DelSo at 10:00 PM