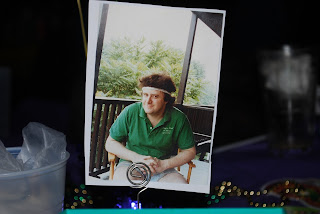 I first met John in the fall of 2002 when McGuire's opened on Lark Street.  I don't know how I had avoided him for so many years previously - we both liked music and cocktails and food and it seems crazy that our paths hadn't crossed sooner.  I was charmed by his garage sale finds, pocket notebook inventory system and ability to make a perfectly mixed drink.  When he left McGuire's, an awful lot of hospitality professionalism departed with him and I was happy to visit him in subsequent spots for a good conversation and cocktail.
While there are numerous things for which I am grateful to John, the ones that stand out are all related to music.  Although I don't recall mentioning to John that I admired Lucinda Williams, I must have at some point because one afternoon he gave me a cd he had burned of Lucinda and Elvis Costello playing together live, an awesome cd that I mentally thank him for every time it shuffles around in my iTunes.  If you knew John, you knew he loved music and was a tremendous supporter of talent - both local and big time.  He turned me on to 97.7 WEXT, the best local radio station, and Shelby Lynne, a gift I'll forever appreciate as her voice and words can shred me.  I can still hear his enthusiasm for a performance of hers he attended at the Egg a number of years ago and I wish I had known enough about her at that time to get a ticket myself.

He was kind of an eccentric guy in some ways and I loved how he would magically make a teeny tiny television appear on the bar for the Triple Crown races.  I don't think there was anyone more excited to watch a good horse race than John (and Paul and Andrew) and when he and Paul got lucky with Jocamo we all celebrated together.

Premature death never seems fair and I'm tired of hospitality professionals working honestly and industriously their entire lives without benefit of benefits, like healthcare or retirement.  I've been to more than enough memorial services and said farewell to too many good people taken too early.  The Wizapalooza event Saturday night was certainly more a celebration of a life well-lived than a goodbye ceremony and I felt priviliged to have attended.  I imagine I'll meet Johnny Wiz again, but until then, I'll see his face reflecting off wooden bartops made shiny by his barcloth all around town.  Godspeed.﻿
﻿﻿﻿﻿ 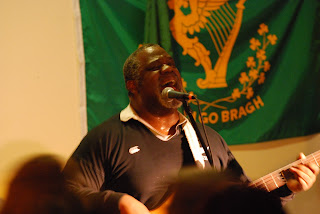 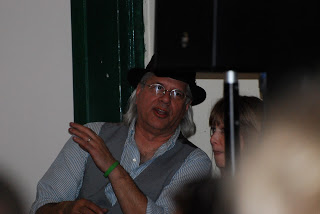 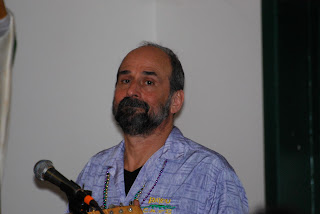 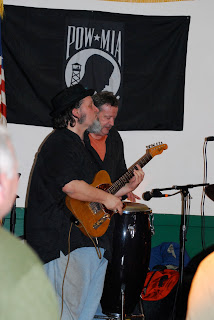