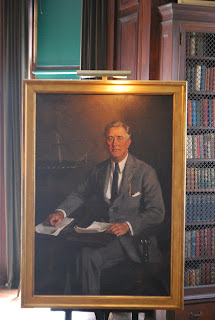 On a recent sunny afternoon, I fulfilled one of my oldest son's longstanding requests - we finally visited the FDR estate in the Hudson Valley's Hyde Park. He's been wanting to visit this National Historic site for years. You see, he's got a thing for FDR. Back in his trick or treating days he actually wanted to be Franklin for Halloween. I persuaded him to be Teddy instead, because we lacked a wheelchair, but his admiration of Franklin remained undeterred.

We headed south and exited the thruway in Catskill, opting for the scenic route down 9G on the east side of the Hudson.  Along the way we passed numerous other historic sites, most notably Olana, that have already made their way onto our summer calendar of things to do.  During the highway portion of the drive, Liam watched a documentary on FDR on his iPad, agreeing to turn it off once we hit the rip Van Winkle bridge.  When we arrived in Hyde Park, he was ready - prepped with new information about Franklin and excited for the tour.  Tours are one hour in duration and cost $14 - kids 15 (Liam!) and under are free. 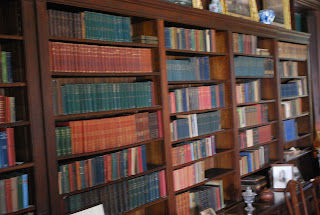 Our National Parks employee (ranger?) was a knowledgeable and patient guide to the property and I learned a lot about FDR, his family and his presidency.  I mean, I knew he was our most longstanding president but didn't realize he was an only child and had arrived late in his own father's life.  He had a fear of fire following a childhood incident in which he saw a young girl set aflame after an incident with an early generation hair straightening device and preferred to be on the ground floor when traveling.  Franklin also enjoyed collecting stamps and birds and seemed to most enjoy being in the country as evidenced by this quote:  "All that is within me cries out to go back to my home on the Hudson River." Kind of how I feel about New York City, I suppose.
His home was considered a country home, and was not particularly fancy or formal.  Especially in comparison to some of the more elaborate estates like the Vanderbilt's spread.  The original footprint of the house had been enlarged with wings built on both sides.  A third floor, for the children, was also added.  Both Eleanor and Franklin are buried on the property amongst a rose garden which was just showing signs of life on the spring day we visited.

We grabbed some lunch at the nearby Hyde Park Brewery, where I enjoyed my burger and Winkle Lager.  Liam and I agreed that our next visit to the area will center around the ladies, namely Eleanor and me, with an intended stop at Eleanor's cottage, Val-Kill and a meal at the Culinary Institute.  Who says history can't be fun?