I had a great lunch recently in New York City.  All the details are at my new(ish) Wordpress site here.
Posted by DelSo at 11:04 AM No comments:

Some random, but related thoughts...  Read them here.
Posted by DelSo at 11:02 AM No comments:

I wrote about last night's show and posted pics over there - you know, on WordPress.
Posted by DelSo at 11:47 AM No comments:

Minding my Ps and Qs

Otherwise known as adventures in Parenting Quinn.  Read it (and comment!  Follow!) over at my WordPress spot here.
Posted by DelSo at 11:10 AM No comments:

Shorter of breath and one day closer to death

The last in my series of posts inspired by Pink Floyd.

Read it over here, my new(ish) WordPress site.
Posted by DelSo at 9:37 AM No comments:

Don't be afraid to care

You might be noticing my recent posts are lyrics.  Did I mention I really wish I had seen last month's Roger Water's show?!?

Here's the newest post over at my place in WordPress.
Posted by DelSo at 4:26 PM No comments:

Breathe, breathe in the air

Check it out over here at my WordPress spot.
Posted by DelSo at 6:41 PM No comments:

Inspired by an incident today, as well as an event long ago. It's here.
Posted by DelSo at 6:33 PM No comments:

Read about taking a flying leap here.  Maybe "follow" me, too.
Posted by DelSo at 11:50 AM No comments:

On butts and burns and when they coincide

Check it out (and maybe Follow me?) here.
Posted by DelSo at 2:32 PM No comments:

Seems like everyone knows about my passion for running, but did you know I have another activity that challenges and strengthens me?  Yep, it even provides balance for the physical demands of pounding the pavement as well as an opportunity to tune in mentally to my body in a manner that running, due to the necessity of remaining aware of what is going on in my surroundings,  does not offer.  May I present one of my favorite four-letter words - yoga!

I first experienced yoga as a sixth grader.  There was an after school program at my elementary building and I enjoyed it as much as a self conscious prepubescent girl could.  I was a very active kid and remarkably flexible, so it appealed to me immediately.  I think that 12 was a little young for me to grasp the mental component, though.  Actually, that probably remains my biggest challenge.

Over the years I've practiced yoga with varying degrees of commitment. When my older boys were young, I took a class at the JCC in Albany taught by Cameron Thomas. (Ironically enough, she mediated my divorce last year - small world, huh?) Cameron was the perfect yogi - she was meticulous about form and taught me a lot about the poses and breathing.

I've told you before how much I enjoy the Sunday morning class at the Yoga Loft, but I've been expanding my horizons, particularly while on vacation.  For the third summer, I've taken yoga classes taught by Patty Renaud in Wellfleet. The classes aren't incredibly physically challenging, but they do provide an excellent opportunity for me to mentally release.  I've been really close to dozing at the end of class - a true vacation.

Last winter when I was in Palm Springs (yeah, I like saying that) I found a studio that offered a variety of classes.  I managed to squeeze 4 classes in during my 5 days, two of which were modified Bikram classes.  I don't know much about Bikram, or "hot" yoga, other than it is an ass-kicking workout, even when it is abbreviated to 70 minutes and 102 degrees.

Last week on Martha's Vineyard I took two legit Bikram classes - 90 minutes, 104 degrees in the studio.  I wisely paid for two classes ($16 plus $2 to rent a mat) guaranteeing that I would return a second time.  Seeing as how during the initial class I was afraid that I was either going to die, pass out or puke, it was a good move.

If you are interested in a workout that stretches your muscles and relaxes your brain, I heartily recommend finding a Bikram studio.  I've heard good things about this place, but haven't yet made it there myself.  This type of yoga is not for the faint of heart - bring plenty of water and move into the poses with caution if you're inexperienced with practicing.  And be prepared to literally drip sweat from virtually every pore.  And speaking of that - apologies to those unfortunate enough to have set their mats up next to mine on Friday.  Hope I didn't sweat any of Thursday night's tequila on you.  I was on vacation, after all.
Posted by DelSo at 10:14 AM 2 comments: 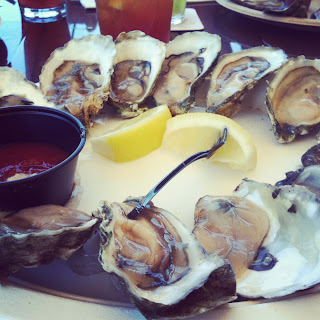 After days without wifi - a DelSo Wordpress post!
Posted by DelSo at 7:18 AM No comments:

I'm having some issues blogging with my iPad and blogger - formatting stuff that frustrates me, so I'm giving Wordpress a shot. Here is the Beach Bonfire post with actual paragraph breaks. I may decide to migrate this whole site over there - I'll let you know!
Posted by DelSo at 8:33 AM No comments: 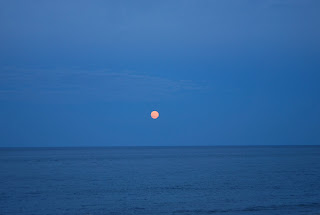 When I was polling the boys, prior to our annual Cape Cod trip, about what they might be interested in doing Griffin requested a bonfire on the beach.  Yep, the same boy who took surfing lessons and wanted to visit L.A.  He's a dude in the making, fer sure.

The process for legally having a fire at one of a select few of Wellfleet's beaches (3 ocean beach options) is fairly straight forward: you must have a permit and permits are issued on a first come, first served basis, day of only. By the time I hit the beach office at 10:00 in the morning, two of the three beaches were "full" already, leaving White Crest, a beach I don't recall visiting in the past, as our default option.  Because a full moon was expected, I happily took my free permit and mentally made a to-do list... 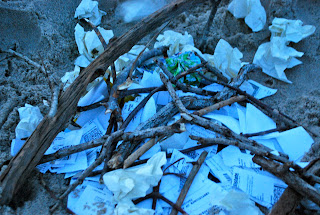 The little guys were in charge of gathering kindling wood and they did a super job making a pile of sticks and twigs.  Actually, they made two piles, one of which was firewood.  The other stack of branches was their arsenal of stick weapons.  Mostly rifles, I believe.  Both stacks were tossed into the car, and ultimately on to the fire, a situation which required profuse apologies and promises of weapon gathering come daylight.  Additional items acquired included graham crackers (we already had Hershey bars and marshmallows), more significant wood to burn (we had to choose from "hardwood" or "softwood." Have at it, jokesters!) and a lighter.  With all materials in hand, we headed to the beach just in time to see the moon seemingly rise from the majestic Atlantic.  Stunning. 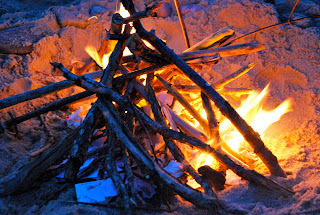 You may have noticed I neglected to mention paper to assist in starting the fire.
We neglected to think of, much less, bring paper.  No worries.  We cleaned our cars out of expired insurance id cards, printed out directions and other miscellaneous bits of paper from our glove boxes.  And the graham cracker box was pretty handy, too.  I have to say, we built a stupendous fire.  It was perfectly constructed in that pyramid/tepee shape and it burned beautifully. 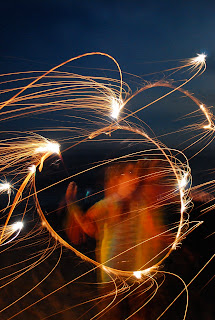 There was a breeze blowing from the south (east?) and the flames danced in the darkness as the moon played hide and seek with some errant clouds.  Marshmallows were toasted and our wild things frolicked on the beach, amped on sugar and salt air. Memories were made which will remain vivid far beyond the glow of our fire's embers. 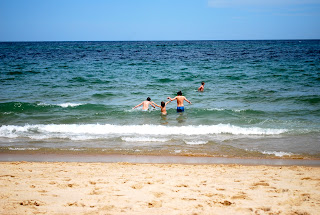 Someone needs to explain to my children that spending two weeks at the beach every summer is a luxury, not something to be taken for granted. It's always been important to me that the boys have traditions in their lives, certain experiences that provide a constant thread throughout their childhoods.  Cape Cod vacations have been a part of their summers literally for their entire lives.  While there, we always eat at the Lobster Pot, we listen to the same song as we cross the bridge in Bourne, there is ice cream nearly every day.  It's what we do.

But, something seems to have backfired.   Their attitude is in danger of morphing into entitlement - is this how that happens?  Somehow they've gotten the impression that everyone spends two weeks frolicking in the Atlantic each and every year.  All of the preparations, the shopping and stocking up on tequila chips and granola bars, the packing of the linens, the beach toys, the clothing...the arrangements for the house and our dog while we're away...the bikes...they've gotten the impression that everything will managed. By me, apparently.  And, of course, I will take care of them and all the necessary details involved with making us all comfortable for two weeks in a place or two not our home.  It's what I do.

I work two jobs to be able to afford a two week vacation in Cape Cod.  This is a luxury. Which brings me to healthcare...I am firmly of the belief that every one in this country should be able to have access to medical care.   Getting sick and requiring medical attention is a completely different set of circumstances. It is a necessity.  I've been without health insurance and it is a bad place to be, certainly about as unlike a vacation at the beach as I can imagine.

I understand that we all have issues with how our taxes are spent - I personally wish we spent as much money on education and the well being of our citizens as we do on war, but shouldn't everyone be able to bring their sick children to a doctor? If I lost my job, a possibility in these economic times when districts are eliminating positions left and right, my biggest fear would be healthcare. As someone who has already had cancer twice, as well as weird heart issues (obviously, a precise medical term), I can't imagine health insurers would be willingly lining up to give me coverage. What do you think? I don't know as much about Obamacare as I probably should, but it seems like a starting point as our country considers the health and well being of our citizens. To me, it seems a positive indication that someone cares about a basic and essential need in a civilized society. I think I might spend some time at the beach talking to the boys about how lucky we are to have two weeks at the beach. And health insurance every day.
Posted by DelSo at 6:53 AM No comments: