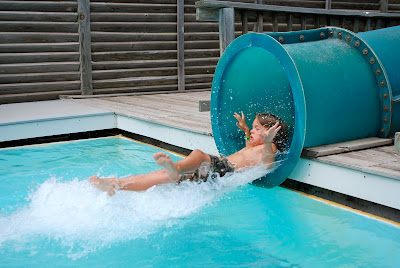 Is there a better way to prepare for a major tropical storm than practicing getting tossed around by water and wind?  I don't think so!  Screw that filling up the tub with water nonsense and buying more toilet paper than a typical family of four uses in a month of eating tacos.  Not here - we prepared for the elements.  We built up our tolerance for being splashed in the face and getting our feet and bodies drenched.  Bring it on, Irene! 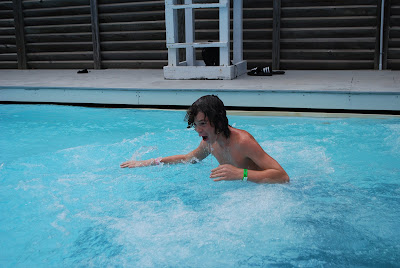 We're at the point in the summer when we make a mad dash to attempt to squeeze in all the adventures and escapades possible to reflect upon during Albany's long(ish) winter. Zoom Flume has been on our to-do list ever since I cut that $5 from the Times Union months ago.  The fact that I could put my hands on said coupon is a reflection of my mad organizational skills - and the fact that 20 bucks is 20 bucks and I wasn't tossing that away recklessly.  Speaking of reckless... 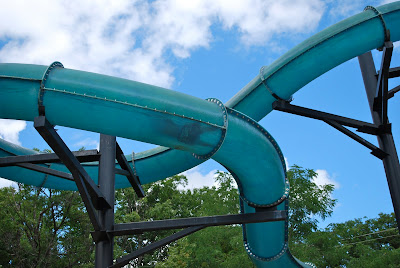 See that shadow of a boy in the Mighty Anaconda?  That's my Quinn, who decided yesterday to brave all the attractions I would permit, despite his newly acquired, rather crude, swimming skills.  Damn him and his excessive height (48" at age 6!) because now he can basically partake in any of the attractions other than one which specifies swimming ability as a requirement.  I must admit, his big brothers were awesome lifeguards for him, remaining in the water to shepard Quinn out as necessary.  Good job, guys!
Zoom Flume is less than an hour south of Albany and a perfect place to give your kids a little length in their leash.  It's small with maybe 10 or 12 water rides and/or play areas.  I may get one more season of all three boys being entertained with what's offered here - beyond that, I think we'll be aging out.  It's one of those old school, Irish Alps kind of places.  They're really chill about allowing you to bring in picnic items and the folks who work there are pretty pleasant.  Unlike last year when we visited Great Escape, at about the same point in the summer, ZF is fully staffed with all attractions open.  The lines were really short, parking was convenient (and free) and we left there feeling as if we got good value for $20 per person. 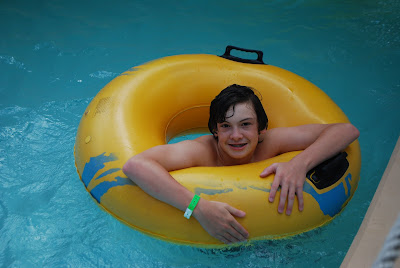 Is it fancy?  Nope.  Is it well maintained and clean?  Yep.  New for 2011 was the Riptide Cove Wave Pool, a smallish wave pool that the boys found to be a little "lame" after days spent swimming off Chappaquiddick earlier this month.  If you're lucky enough to have less blase' children than I do, I'm sure they'd find it to be enjoyable.  The best part of that particular attraction for me, was the available chaise lounge where I was comfortable enough with the safety of the pool to grab a quick nap.
The ZF season runs until 9/5 so there's still time to get there, assuming we all survive Irene.  Better go prepare for Mother Nature's next temper tantrum by filling up the bathtub with water.  And bubbles!
Posted by DelSo at 5:50 PM