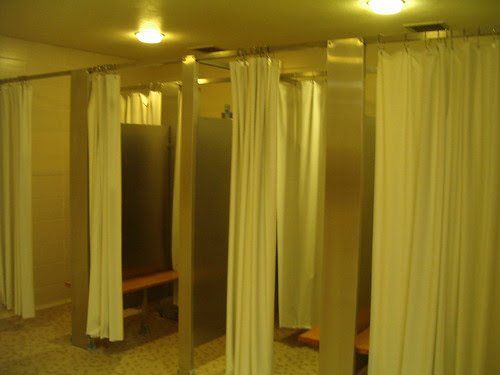 I have been sick to my stomach since yesterday morning when I read Maureen Dowd's column about the Penn State child sexual abuse cases.  She deftly wove a child's perspective throughout the paragraphs and, at one point, I literally threw the newspaper down because I was so distressed by the explicit description of one of the incidences of rape.  Yes, rape.  I'm sure you're aware that there was an eye witness to one of the crimes.   After hearing and then investigating the source of a repeated "slapping" noise, a 28 year-old coaching assistant witnessed a ten year-old boy being subjected to anal intercourse in the shower.  His response? He walked away.
Now, imagine that ten-year old boy is you (or one of your three sons).  Put a face on that child and consider for a moment that maybe, even with the noises being emitted by the running water and the disgusting old man who is raping you, he managed to hear the witness to this crime as he approached the horror scene.  Now, accept the fact that your could be hero, savior, walked away and left you to be brutalized by a pedophile.
There isn't enough water in all the world's showers to wash away the filth that was knowingly present in Penn State's football program.  Perhaps those supporters of the program, and their rightfully shamed head coach, should consider who the innocent victims were in this situation and riot on behalf of the children whose only crime was being involved with an organization designed to provide them with "help and hope."
Posted by DelSo at 6:56 AM